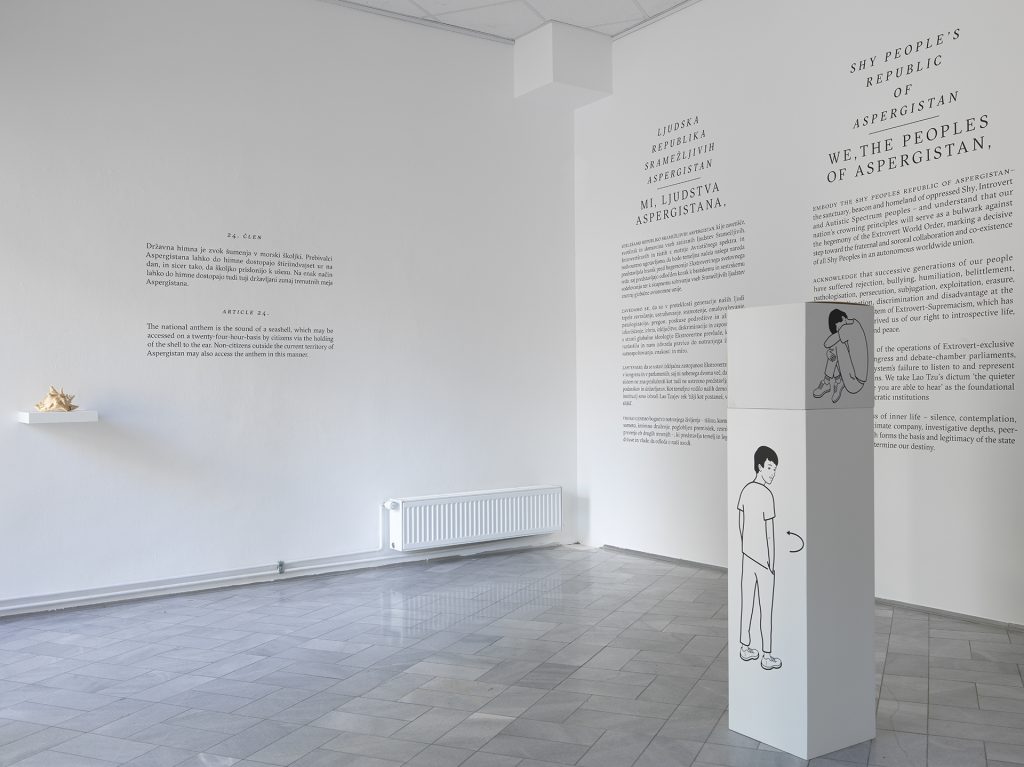 The results of voting on the Aspergistan Referendum – an art project by HAMJA AHSAN, the recipient of the Grand Prize of the 33rd Ljubljana Biennial of Graphic Arts:

Hamja Ahsan (b. 1981) is an artist, writer, activist and curator based in London. The founder and co-curator of the DIY Cultures festival of creative activism, zines and independent publishing, Ahsan is the author of the book Shy Radicals: Antisystemic Politics of the Militant Introvert. His recent writing was anthologised in No Colour Bar: Black British Art in Action 1960–1990. He was shortlisted for the Liberty Human Rights Award for the Free Talha Ahsan Campaign on US extradition, prison and the War on Terror. He is currently working on a project on the role of zines in the Hillsborough Justice campaign, Britain’s largest known police cover-up. He has been a guest lecturer at various UK and US universities.

A referendum on secession asked the Biennial venues of Ljubljana to join the breakaway Aspergistan Federation: the national homeland of Shy, Introvert and Autistic spectrum peoples as constituted in the book Shy Radicals. From ballot boxes to a national anthem, to social-media hashtags, the Aspergistan Referendum continues Ahsan’s interest in what he calls a “global Introfada struggle against Extrovert-supremacy”. The vibrant civil society of post-socialist, post-Yugoslav Slovenia offers a particularly apt context for an investigation of how introspection, identity and affect collide. The jury of the 33rd Ljubljana Biennial of Graphic Arts decided to award Hamja Ahsan with the Grand Prize for the project, and hence the opportunity for a solo presentation at the next edition in 2021.