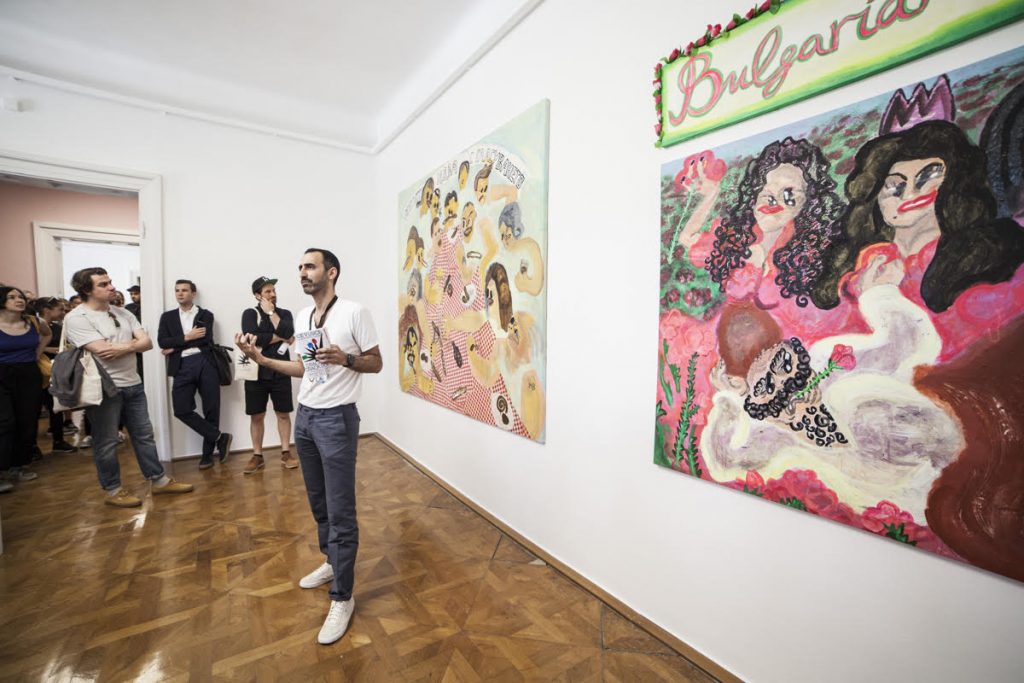 Given the wealth of knowledge of the contemporary art scene, the Slavs and Tatars art collective has been transformed into the curators of the 33rd Ljubljana Biennial of Graphic Arts, inviting artists from the territory east of the Berlin and west of the Chinese wall to take part in exhibitions in Ljubljana. Their joint gesture was the power of satire and humour today, which they expressed through various executions of the medium and highlighted subject matters, all of which were interlinked by a distinctly ironic note. The Biennial was seen as a reflection on the graphic as a way of acting in terms of clarity and multiplicity of meaning.

The guided tour will also include the announcement of the voting that took place during the course of the Biennial:

The secession referendum at the venues of the Ljubljana Biennial invited visitors to vote on joining the Aspergistan Federation. The original work by Hamja Ahsan, the recipient of the Grand Prize of the 33rd Ljubljana Biennial of Graphic Arts, further develops the idea from Ahsan’s book Shy Radicals published in 2017, which is a kind of manifestation of introverted people with radical beliefs; it is an activist-artist platform about a federation that would be a homeland to shy, introverted and autistic people.

The Audience Award for Best Artist was first awarded at the 30th Biennial of Graphic Arts in 2013. Visitors were also able to vote for their favourite Biennial artist on the MGLC website this year.

The guided tour begins at Equrna Gallery (Gregorčičeva 3) and ends with a social gathering at MGLC – International Centre of Graphic Arts in Tivoli; in English.

If you book in advance, you receive a ticket to the exhibition and guided tour free of charge.

Bookings can be made until 24 September by writing to info@mglc-lj.si.

Tickets should be collected before the guided tour on 27 September at the Info Point at Equrna Gallery.